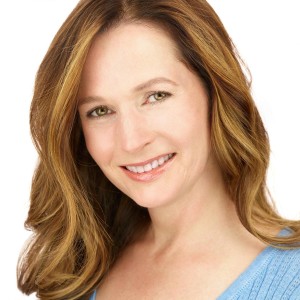 i currently serve on the faculty at 3 universities (including Johns Hopkins University) so I respect data-driven recommendations. One of my best tools for gathering nutrition data is Cronometer, which states it is “the most accurate, comprehensive nutrition tracking app on earth” and I would agree. My nutrition clients are asked to track their food using Cronometer – I’d say this puts me squarely into the category of “tough love” practitioner. If you’d like to learn more, I invite you to view my Cronometer tutorial on YouTube: 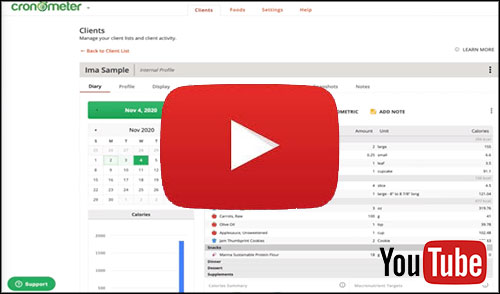 I started BrainFood Nutrition because I’m passionate about helping others optimize their health using the power of nutrition. As faculty at Johns Hopkins University I’m fortunate to have access to the latest nutritional research, and my mission is to help you by sharing best practices, tips, and tricks I’ve learned through research and my own clinical experience. Many experts believe for best health your child should have a “Type 4”  bowel movement at least once/day. (see Bristol Stool chart)

However according to WebMD, the definition of constipation is as follows:

The normal length of time between bowel movements varies widely from person to person. Some people have them three times a day. Others have them just a few times a week. Going longer than 3 or more days without one, though, is usually too long. After 3 days, your poop gets harder and more difficult to pass.

I hope it helps you to get things moving!

Please remember that  no matter your dreams or obstacles, you have the power to change your child’s life. I sincerely hope our resources can help you do just that. My colleague Ryan Hetrick (Director of the soon-to-be released autism documentary Restoring Balance) recently posted a video shopping guide for probiotic superfoods.
Many of these fermented superfoods can be made cheaply at home. However if you’ve never consumed them before, you might want to try the store-bought versions first.
• Coconut water kefir – popularized in The Body Ecology Diet by Donna Gates• Be cautious of Kombucha – contains yeast strains/alcohol that might not be a good fit for young children and/or those with candida issues• Coconut Yogurt (such as Cocoyo)
Buy organic, unpasteurized, in glass bottles:• Apple Cider Vinegar
• Coconut Vinegar• Sauerkraut
At any rate, please remember to go low-and-slow when introducing new fermented foods. Start with a small taste, then gradually work your way up to larger portions.
Please remember that no matter your dreams or obstacles, you have the power to change your child’s life. I sincerely hope our resources can help you do just that.
References
Gates, D., & Schatz, L. (2011). The body ecology diet: Recovering your health and rebuilding your immunity. Atlanta, GA: B.E.D. Publications. In Jan 2018 JAMA (Journal of the American Medical Association) published shocking new statistics from a survey conducted by the National Center for Health Statistics. As of 2016, the autism rate is now 1 in 36 children (2.76%). For males, this breaks down to 1 in 28 boys (3.63%).

According to NIH, in 2016 a mere $232 Million was spent on Autism research, compared to $4.3 Billion spent researching “Rare Diseases”. Please contact your Elected Officials and ask them to prioritize autism research funding. Many of my private coaching clients reveal to me that their children eat low-to-no vegetables. This concerns me because it sets the child up for numerous vitamin deficiencies. Furthermore, a low-fiber diet leads to constipation.
How much produce should my child be eating?
According to the USDA (MyPlate, 2018) a 4-year-old child should be consuming 2 cups of vegetables, and 1.5 cups of fruit per day. A GAPS patient (who is not eating grains) might want to eat even a bit more veggies than that. I shot a quick 2 minute video to help you do just that!

How Can I Get my Kids to Eat Their Vegetables? from Angela Taylor on Vimeo.

Please remember that no matter your dreams or obstacles, you have the power to change your child’s life. I sincerely hope our resources can help you do just that.
Reference:
United States Department of Agriculture, MyPlate. Available at www.myplate.gov. Constipation causes a toxic backup in the body.

Please remember that no matter your dreams or obstacles, you have the power to change your child’s life. I sincerely hope our resources can help you do just that.

Folate (Vitamin B9) is essential for numerous functions in the human body, and many autistic and ADHD children are low in this essential nutrient. I hope you find this video to be useful and informative.

Please remember that no matter your dreams or obstacles, you have the power to change your child’s life. I sincerely hope our resources can help you do just that.

Here’s my report from the last day of Natural Products Expo East 2017. I saw many great products – here’s Part I of my final day!

Rosita
Extra Virgin Cod Liver Oil – I believe this is the best Cod Liver Oil on the market. If you opt for the liquid, store in refrigerator after opening, and finish the bottle within 2 months to ensure freshness.
Rosita EVCLO is real Norwegian cod liver oil that is fresh, raw and handcrafted from wild caught livers using a very rare ancient extraction technique which uses nature to separate the oil from its liver. The oil is completely unrefined and produced under the total absence of heat, a process that allows the many natural vitamins and nutrients present in cod liver oil to stay intact. This type of cod liver oil is both precious and rare – something that is almost impossible to achieve on industrial level and something that is not very cost effective. Sold as liquid and in capsules.
Ratfish Liver Oil – Out of thousands of products at this year’s NPXE, this is THE MOST AMAZING PRODUCT I discovered. I felt an instant calm & peace after ingesting it. I was told by others that it detoxifies/decalcifies the pineal gland. While I don’t have the ability to prove that one way or the other, I will say I felt a spiritual awakening after consuming. It is very potent, only administer a few drops per week. I’m ordering a bottle so I can give to my son and I will report the results soon.
Rosita wild handcrafted Ratfish Liver Oil™ is an ancient whole food derived from the liver of Chimaera monstrosa, also known as the Ratfish. It is handmade in small batches from the finest-quality wild caught liver. The process of extraction is also unique and based on age-old principles.

Fire Cider – this is a great tonic to help those with low stomach acid improve their protein digestion. Since stomach acid triggers the release of pancreatic enzymes once the acid enters the upper small intestine, it may help you in that regard as well.
Apple Cider Vinegar and Honey Tonic (Original) – all ingredients certified organic: Apple cider vinegar, honey, oranges, lemons, onions, ginger, horseradish, garlic, turmeric, habanero pepper

Use at your own discretion

Today was Day 2 of this year’s Natural Products Expo East. I met several vendors who are offering GAPS and Paleo compliant products. Here are today’s finds:

Obrigado Coconut water – quality control is top notch – they own the plantation in Brazil. They harvest the coconut water on-site using a special process in darkness and with no exposure to air. They even bar code each tree and monitor to make sure the coconuts coming off each tree are healthy, and only use young coconuts. Committed to sustainability, they use every part of the coconuts in some way (including coconut meat and husk)

Paleo-compliant (less strict criteria)
I put chocolate in the Paleo category but some GAPS parents allow chocolate. To learn more, read my article on Chocolate.

Other items of note:

Use at your own discretion: